Food poisoning – also referred to as foodborne illness or foodborne disease – is usually fairly common, and can often be resolved without treatment. However, there is potential for very serious and long-term consequences.

In addition to food poisoning, food tampering can also be a risk factor. Food tampering is the intentional contamination of food product with the intent to cause harm to the consumer or the company providing the item. Such as the potatoes distributed by Linkletter Farms Ltd., which were found with metal pieces in them.

In general, Canada has a very safe food supply. However, the Public Health Agency of Canada still estimates that 1 in 8 Canadians each year get sick due to acquired foodborne illnesses (that’s about four million people).

Food Poisoning is caused by the consumption of contaminated food and water containing:

The actual contamination can occur at any point during the production of the item consumed, ranging from its initial growing conditions, to the slaughterhouse, grocery store, restaurant or home. 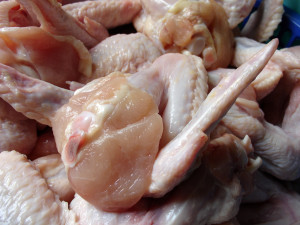 If you suspect that you have suffered an illness, injury or disability as a result of consuming a contaminated or tampered food product from a restaurants, grocery store, or food processing facility, you may want to report you suspicions to the Canadian Food Inspection Agency. You may also want to contact one of our lawyers for a free consultation to see if you may be entitled to compensation.

For a free consultation with a food poisoning lawyer call us at: